Six Light Base Camps (LBC) with critical logistical base camp support for humanitarian aid workers have been established in South Sudan. The mission required IHP staff to overcome numerous challenges during six months of intensive work. The IHP mission has been conducted in cooperation with of IOM, aimed at establishing Light Base Camps for accommodating humanitarians in various deep field locations across the Greater Upper Nile area.

The armed conflict has resulted in a tensed security situation which severely affects the local population and the ability of the humanitarian community to respond to the dire needs of the most vulnerable. The remote and harsh locations, with limited or non-existent road accessibility, have been the work environment for IHP the last six months. The IHP LBC:s have been deployed in support humanitarian community to improve humanitarian access through the establishment of operational hubs in difficult-to-reach areas. The LBC:s provide improved living and working environment, with accommodation in tents along with amenities such as solar panels and water purification equipment and sanitary facilities. Now, humanitarian organizations are in a better position to provide services such as health programmes and food distributions when operating from the IHP LBC:s.

The mission was initiated in a close partnership with the International Organization for Migration (IOM), and six campshave been set up in the locations Melut, Wau Shiiluk, Leer, Koch, Nimni and Nialdhu, each providing space for approximately 30 humanitarian staff.

“The IOM staff is satisfied what we had accomplished, they did not believe that we would manage to complete the two last camps because of the weather conditions and the security situation in the areas we would be working in” – says Björn Johansson, the IHP Team Leader.

South Sudan is ranked among the 20 countries of the world with the lowest Human Development Index (2015). Since conflict broke out in 2013, more than 2.3 million people – one in every five people in South Sudan – have been forced to flee their homes. Some 185,000 internally displaced people (IDPs) have sought refuge in UN Protection of Civilians (PoC) sites, and the IHP mission contributed to the humanitarian effort to reach the population beyond the PoC sites.

Each of the six locations has an appointed NGO that has taken upon to continue running and managing the LBC:s after finalization of the set-up and completion of the handover. An integral part of the handover from IHP has been to train NGO staff in running the facilities, as well as providing an in-depth manual for service and maintenance of the LBC:s. The humanitarian organisations utilizing in the LBC:s report that in addition to the direct humanitarian impact of providing access for humanitarian services to beneficiaries, the LBC:s provide an increased quality of life, reducing the harshness of operating in harsh field conditions, as well as providing space for coordination of humanitarian activities between organisations.

The IHP partners MSB (lead agency) and DEMA have been working closely together during the deployment, using mixed teams and equipment from both organizations as well as being supported with equipment from DFID. The mission was financed by the Swedish International Development Cooperation Agency (Sida) and the Danish Ministry of Foreign Affairs, and in addition, the South Sudan Common Humanitarian Fund, which is managed by the United Nations Office for Coordination of Humanitarian Affairs (OCHA). The mission will be followed by an after action review workshop in Copenhagen 20 and 21 June 2016, with the aim of drawing lessons from the deployment.

See photos from the mission in the IHP image gallery. 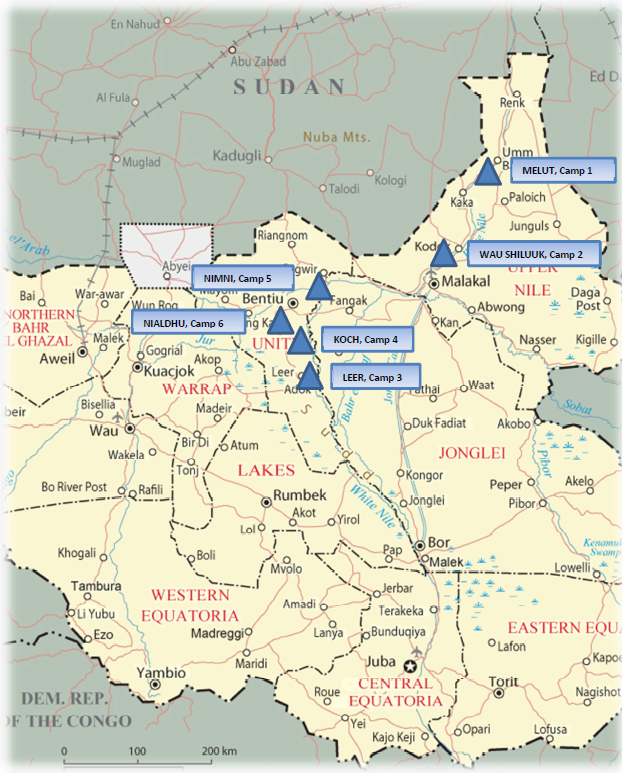