IHP is in full operational mode in Uganda and Nigeria

The Iraq deployment has lasted for several weeks, and is now in the most intense construction phase. It has been complex in terms of finding the best site solutions and formal arrangements for security measures and land agreements for establishing a UN compound outside of Erbil. Hence, the actual implementation has been delayed some time. The first identified site and plan was after a few weeks rejected due to security reasons. Then the plan and scope for IHP involvement had to be dramatically changed. We have been prepared for such changes, and aware of the complex environment in Iraq, and have had a good dialogue with WFP all the way. IHP is now establishing a much smaller facility, through renovating an existing site within a WHO/Ministry of Health hospital compound. The aim of the project is to facilitate overnight stay and an improved operational working environment for UN staff closer to the frontline of the Mosul response. The construction preparations started several weeks ago by DEMA and MSB staff and the actual construction work has recently started with full pace. It is planned to be completed within a few weeks, in early/mid-June. The plan is to finalize the work and handover the IHP project to WFP in mid- June. MSB is the IHP lead agency and the project is supported by MSB Sweden, DEMA Denmark and Luxembourg. (Photo: MSB - Adhba site construction, Iraq)

The south Sudanese population is facing a dire situation due to the on-going internal conflict. Several hundred thousands have fled to Uganda. The IHP project is about establishing emergency office and accommodation facilities at the refugee settlements in northern Uganda in support of UNHCR. The aim is to facilitate for UNHCR, the Government and humanitarian partners to more effectively be able to operate from these remote locations. The deployment is based on the IHP Base Camp concept but combined with fixed construction. The plan is to establish 2 emergency office/accommodation sites, 1 fixed construction office, and 1 contingency stock to be used by UNHCR for new settlements in the coming months. The IHP-team with MSB and DEMA staff are on the ground and the necessary equipment is being transported to the identified sites. MSB is the IHP lead agency and the project is supported by MSB Sweden, DEMA Denmark. (Photo: MSB - Ground preparations and fencing in northern Uganda) 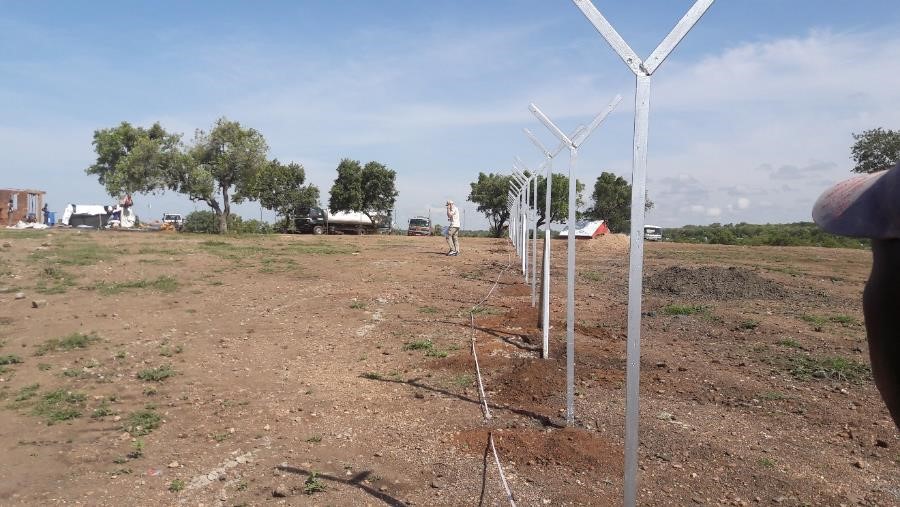 The project has been going on for several months and intends to establish one large hub with a capacity to cater for around 100 humanitarian staff, in the regional capital of Borno State, Maiduguri. Furthermore, 8 smaller hubs are being established in the region for the humanitarian community with a total capacity to accommodate around 100 staff. The aim is to promote and facilitate humanitarian access in hard to reach areas. IOM is the receiving partner. The project is in simplified terms based on the IHP Base Camp concept, with adjustments to the local context. The implementation of the large hub has been finalized since several months ago and there is high use of the facilities by a large variety of humanitarian organisations. Four of the smaller hubs are currently being constructed and completed. MSB is the IHP lead agency and the project is supported by MSB Sweden, DEMA Denmark. (Photo: MSB - Bama base camp, Nigeria)(Front cover Photo: Johan Lundahl MSB) 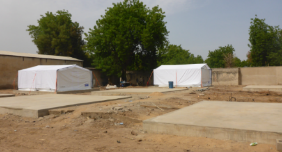